… It’s about transcending the industrial age’s slyly abusive relationship between the boardroom and the living room, between corporate “people” and human people, between “shareholder value” and enduring worth, between the bottom line and the bigger picture–and taking a giant leap to a higher level of advantage, one that’s created through significance, the art of doing meaningful stuff that matters the most.

I’m bored that most boardrooms see me as a “consumer,” not a person. Business as usual shouts relentlessly at me to buy, buy, buy–to run faster and faster on a treadmill of hyper-consumption. But most–if not all–of it fails to make me healthier, wealthier, happier–or even slightly more interesting. Listen, C-suite: I don’t want to spend my life the slightly overweight, rather boring guy with bad taste that I am. But most C-suites don’t want to better me. In fact, the signals I’m getting tell me they’d prefer me to be a morbidly obese, totally brain-dead, clueless robo-consumer. It’s a sucker’s game–no matter how much you win, you lose. And there’s nothing more insignificant than a business that can’t transcend that game to educate, enlighten, and elevate people instead.

I’m too predictably uninspired and unmoved by each new product and service that rolls out (and too many of the organizations they roll out of). There’s nothing more insignificant than a company incrementally “innovating” (translation: yet another razor, a different color, a faster processor, a bigger biggie-size, a clangier bell, a shriekier whistle). So here’s a question: can you remember the last product (that wasn’t made by Steve Jobs) that amazed, delighted, and genuinely inspired you? I can’t. It’s the exception that proves the rule. The worst part of the parlous state of business today is that being pedestrian and pointless is itself mind-numbingly predictable. 21st century advantage starts with amazing, delighting, and inspiring.

I’m bored (when I’m not horrified) by the fact that most boardrooms seem to be on a quest to win the gold medal in this year’s Sociopathy Olympics. And I’m bored of excuses that are instantly, constantly cooked up about it. “The market demands it.” “Our investors made us do it.” What is this, first grade? If people demand stuff that’s self-destructive, here’s a thought: educate them about it. If your investors are that near-sighted, press on–and teach them a lesson. No more excuses. 21st century businesses are going to have to learn to stop being apologetically clueless–and start being unapologetically humane. If you want to matter, you’re going to have get serious about doing stuff that counts, endures, and resonates. And that means sticking up for an ideal or two–whether beauty, truth, justice, passion, honor, integrity, joy or more–and never, ever apologizing for it.

Nothing’s more mind-numbingly boring than a boardroom whose definition of success begins with profit, and ends with bonuses–because, as we’re discovering the hard way, that’s a great recipe for a Ponziconomy. Profit is an effect, not a cause; it’s the reward, not the accomplishment. So I’d gently suggest: creating 21st century advantage is going to require a bigger, deeper, broader, radically more significant definition of success–one that begins with shared prosperity, and ends with enduring, authentic gains that matter to humans, nature, and the future.
These aren’t the only paths to significance. There are a lot more on my list (and probably some on yours). I look forward to discussing those with you in the weeks to come. Maybe it’s just me, but I’d suggest: industrial age business is to human achievement, the human psyche, and human purpose what a box of instant ramen is to a Michelin starred meal. Paltry, slightly depressing, a malnourishing–and, if consumed on a regular basis, maybe even permanently debilitating. We can do better. In fact, to send this Great Stagnation packing, we have to. Let’s roll up our sleeves, toss yesterday’s tired, toxic assumptions aside–and get started. True prosperity is a product of significance.

Via I’m Bored – The Significance Manifesto | Management Innovation eXchange.
Umair Haque is Director of the Havas Media Lab and author of The New Capitalist Manifesto: Building a Disruptively Better Business. He also founded Bubblegeneration, an agenda-setting advisory boutique that shaped strategies across media and consumer industries. 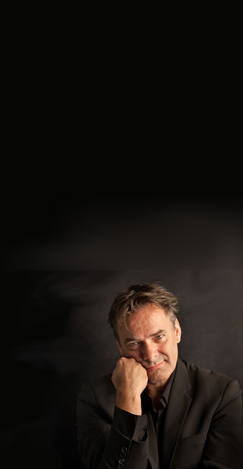 We may request cookies to be set on your device. We use cookies to let us know when you visit our websites, how you interact with us, to enrich your user experience, and to customize your relationship with our website.

Click on the different category headings to find out more. You can also change some of your preferences. Note that blocking some types of cookies may impact your experience on our websites and the services we are able to offer.

These cookies are strictly necessary to provide you with services available through our website and to use some of its features.

Because these cookies are strictly necessary to deliver the website, you cannot refuse them without impacting how our site functions. You can block or delete them by changing your browser settings and force blocking all cookies on this website.

These cookies collect information that is used either in aggregate form to help us understand how our website is being used or how effective our marketing campaigns are, or to help us customize our website and application for you in order to enhance your experience.

If you do not want that we track your visist to our site you can disable tracking in your browser here:

We also use different external services like Google Webfonts, Google Maps and external Video providers. Since these providers may collect personal data like your IP address we allow you to block them here. Please be aware that this might heavily reduce the functionality and appearance of our site. Changes will take effect once you reload the page.